Button Text
There are several stories associated with this high school with several versions.

Many stories have revolved around this specific area in the school.  There have been sightings by both faculty and students of a girl, falling from the auditorium's balcony.  She  was supposably a student who died the exact way people have seen her, falling from the balcony, but there are many reasons as to why she fell. Some claim suicide, some claim it was an accident, and others suggest something a little more PG-13.
There was an incident where the school's track/cross country coach Mr. McKillip claimed to have had an unexplainable phenomena with the auditorium. The team had just come from a late meet when the school was already closed. They were able to get inside, that's when McKillip heard strange noises coming from the auditorium: people cheering, clapping, and even a band playing. He thought the school surprised them with a welcome home prep rally, but when he opened the doors to the auditorium, there was nothing. Not a single person inside.
By personal experience and other student's claims, if you were to sit quietly in the auditorium when there is no one inside, you can see and hear the flipping of the auditorium's chairs. They swing like the seats in the movie theaters, so even the slightest touch can make them shift. It is an exhilarating feeling when you really do see them move.

The story of the football field is tragic. It all ends with a football player breaking his neck during a game. He of course died, but now, many claim to see his ghost running along the field. 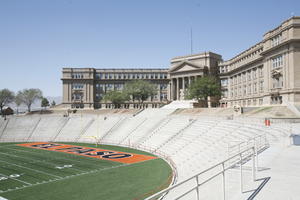 This story is actually hard to say if it is just a rumor or the real deal. Almost every high school say they had the same story: the poor suicidal cheerleader who slit her wrist and threw herself from the highest floor's girl's bathroom. The story for this school is exactly that but with more detail as to the cause of her suicide. She was with the school's most popular jock, but he dumped her before their senior prom night. Because of that, she committed suicide from the school's fourth floor bathroom. There is a supposed article in the newspapers for this event - of the girl's suicide - but no one really knows for sure. For now, it's just a spooky rumor. 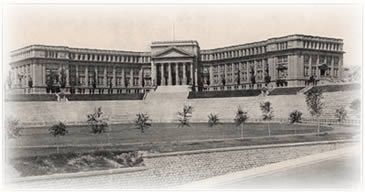